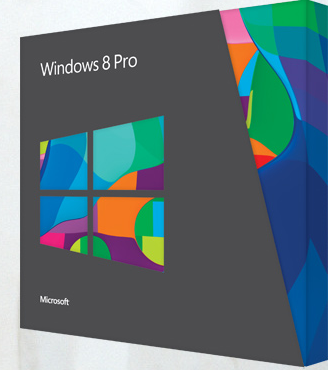 After much anticipation, Windows 8 has reached the general availability milestone in it’s release cycle today the 26th of October 2012. Windows 8 from it’s pre-release stages got mixed feedback from developers, IT professionals and consumers. Windows 8 UI has received some appreciation but a lot of criticism from the enthusiast / consumers. With Windows 8 reaching GA today, It will somewhat become clear on how good this product will do for Microsoft. Windows 7 has been a huge success for Microsoft. Let’s see how windows 8 does.

Windows 8 packs a lot of features. Microsoft says that it’s a completely new & reimagined Windows with everything built from the grounds up. The new Windows UI is very easy to use & feels like a hybrid between a PC & tablet. This new user interface provides almost equal ease of use on a touch screen & a non touch screen device. Windows Store is another new addition to Windows. Store will be a cool place to get an application to use on your Windows 8 PC. Windows 8 is a great new Operating system from Microsoft & features some great new features. In my opinion Windows 8 is a step towards a paradigm shift in computing, whether we talk about software of devices.

Microsoft says Our launch activity is truly global. We’ll be sharing photos and video from New York and many of the Windows 8 launch events from around the world (including Microsoft’s campus in Redmond) through our Windows Facebook page and our Windows YouTube channel.

If you purchased a Windows 7 PC between June 2nd, 2012, and January 31st, 2013, you can register for the Windows Upgrade Offer where you can upgrade to Windows 8 Pro for just $14.99 (U.S.), for users from India this offer goes for nearabout INR700/- Those of you who have already registered for the Windows Upgrade Offer, you will be able to redeem your upgrade. Our OEM partners are also bringing new Windows 8 PCs and devices to market and are available for purchase in stores and online starting tomorrow. If you pre-ordered a Windows 8 PC or device, those pre-orders will start shipping if they haven’t already!